Who Were the Coureur de Bois?

Coureurs de bois (koo-wheres duh bwah) means “runners of the woods.” These men went out from French settlements to trade for animal furs with Native Americans. Their travels took them through the land that is now Michigan.

Many of them married women from the Native-American tribes. The coureurs de bois lived in Native villages and traveled with their new friends, learning their languages and customs.

Mackinac Island was the center of the fur trade in the Great Lakes. The coureurs de bois could reach a lot of places by paddling their canoes from the island. They sometimes had to carry, or portage (poor-tahj), their canoes over land to reach another lake or river to finish their trip. 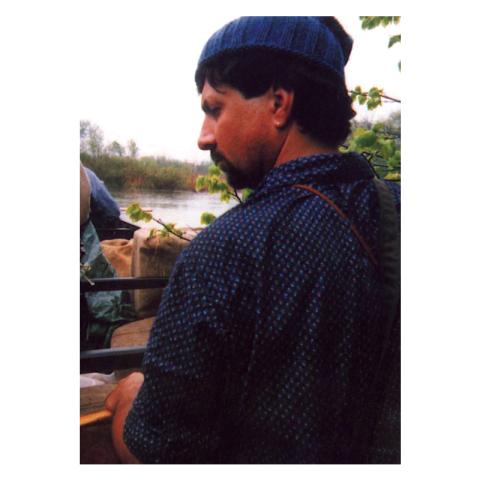 This is the author dressed as a coureur de bois, which means “runner of the woods.” They would trade with the Native Americans for beaver furs, also called pelts.

In 1681, the French government said all coureurs de bois had to have permits to trade. Those who worked without permits were said to be outlaws and had to pay fines.

The coureurs de bois were great explorers. They had to be tough and clever to survive hard winters and rough waters. Most of them did not know how to swim!

Native Americans liked some of the things they could get from trading. European people liked the furs they got for making their hats and clothing. That was the main purpose of the fur trade. Many metal, cloth, and glass trade items made life easier for the Native Americans. Imagine, to them, an iron ax was “new technology”!

This story was was written by Genot "Winter Elk" Picor. Genot was a school teacher and is now a storyteller and musician. He provided the photo of himself. 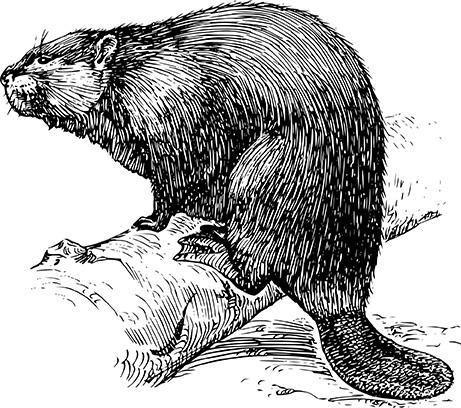 A hat made from beaver felt was stylish in Europe in the 1600s and 1700s. Felt was made from the beaver’s thick undercoat fur.

Click the link below to see some of the items that were at trading posts around 1684. Each thing on the list cost 1 beaver pelt, or fur.

Lists like these were different at every trading post. The price would change often. It would depend on how many of an item the trading post had and how much people wanted the thing. This is called supply and demand.

Imagine that you have 10 beaver pelts to trade for items that you will need for a trip you are taking into the wilderness in 1684. What items do you want to buy from the Trading Post list with your beaver furs? Why would you want to take those things with you on your trip?