There Is Copper in Those Rocks! 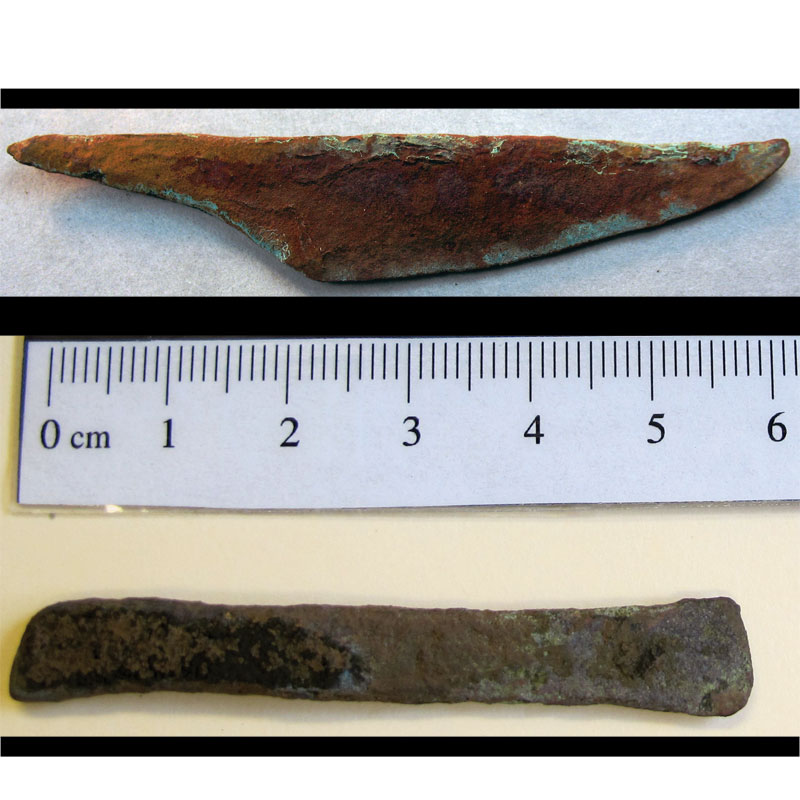 The item on the top is a copper knife. The picture on the bottom is of a copper chisel, or cutting tool. The ruler above the chisel helps you see how big it is. These artifacts (ar-ti-facts) are about 3,750 years old.

An artifact (ar-ti-fact) is an object, such as a tool, that was made by people in the past.

The copper in Michigan’s Upper Peninsula (pen-in-sue-la) was first mined 3,200 to 7,000 years ago. The miners were a mysterious (miss-tear-ee-ous) early Native people that we know very little about. Around Lake Superior in the Upper Peninsula is one of the few places in the world where copper can be found in its pure metal form.

That means those early Native Americans could find pieces of solid copper in rivers and on the shores of lakes. They could pry the copper out of soil or rock too. They also mined copper out of pits in the ground. Some of those pits can still be seen today.

The mining pits could be nine or more feet deep. And they were three to six feet wide. To get the copper out of the mines, the ancient people would first hammer the rocks with big stones. That would create cracks in the rocks. Smaller hammer stones would then be used to remove the copper from the rock around it. Finally, they would pound and flatten the copper to remove any small bits of rock. The early Native people would then hammer the copper into the shape of knives, arrowheads, spearheads, and axes.

The early Native Americans who mined the copper also traded with other ancient people. Lake Superior copper artifacts (ar-ti-facts) can be found all over the Great Lakes area. How that trade happened remains a mystery.

So, the next time you see a copper penny, remember how hard those early Native people worked to get copper out of the ground!

This story was written by Julie Kampling. Julie grew up in Michigan and likes writing about the Great Lakes State.
All the photos are from the Isle Royale NP [ISRO] Archive. 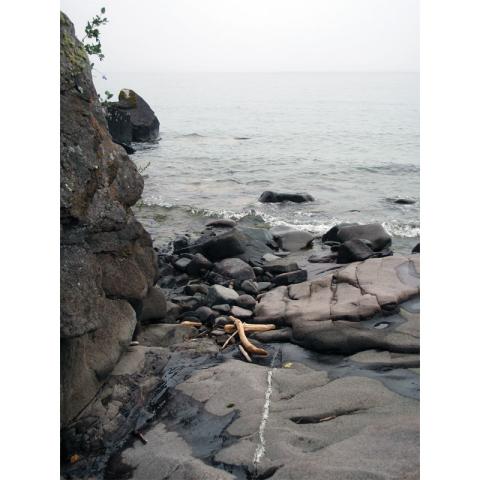 See that line in the rock? That's copper! Early Native Americans knew about copper because they could see it from their canoes. You can see the copper close up in the picture on the right. The watch is in the photo so you know the size of the copper vein. 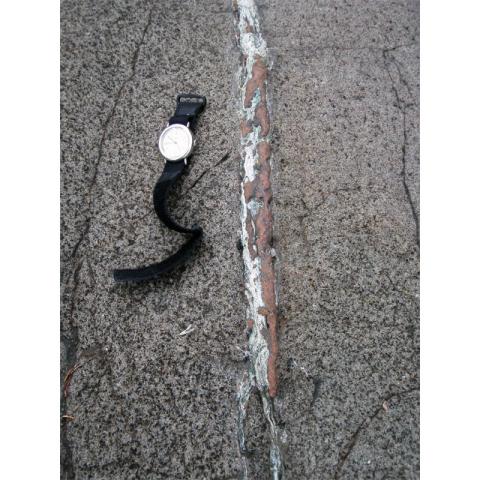