That company was started by Paul Weiss (wice), an immigrant (ih-ma-grent) from Prussia. In 1920, Paul bought some greenhouses and started growing roses. Greenhouses are glass buildings where plants are grown. Many people wanted roses for weddings, funerals, and special parties. So Paul’s rose business became very successful.

During World War II, many U.S. workers left their jobs to help fight in
the war. Paul lost workers too. He needed to find new people to help him with his roses.

At that time, Japanese Americans were known for being great gardeners. Paul thought they would make good workers for his rose company. But, to get the Japanese-American workers, Paul had to fight against fear.

In 1943, Paul Weiss asked the U.S. government for permission to bring some Japanese-American families who were in the camps to the Mount Clemens Rose Gardens. One of those Japanese-American workers, George Sagara, ended up working for the company for more than 40 years. George taught Paul’s grandson all about growing roses.

After the war, the Mount Clemens Rose Gardens continued to do well. They even sent some of their roses to the White House!

People bought the cheaper roses, and soon, the U.S. rose industry began to die. The Mount Clemens Rose Gardens had to close in 1999. But, even today, the Weiss family and those Japanese-American families are still friends.

From a story by Lynn Anderson in the Summer 2015 Chronicle magazine.

All photos are from the Weiss family. 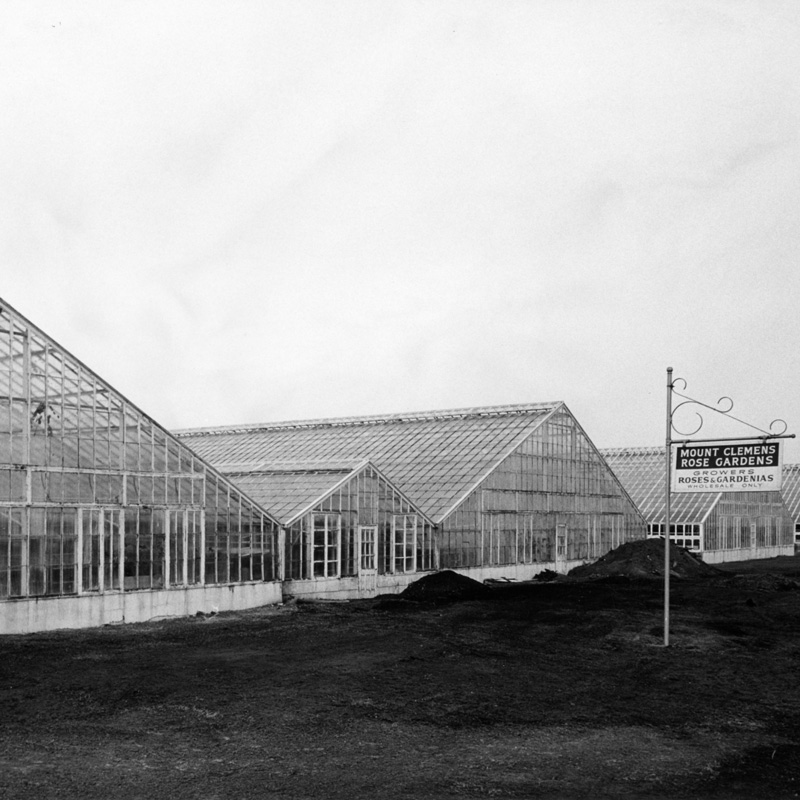 This picture shows the greenhouses of the Mount Clemens Rose Gardens. Greenhouses are glass buildings where plants are grown. 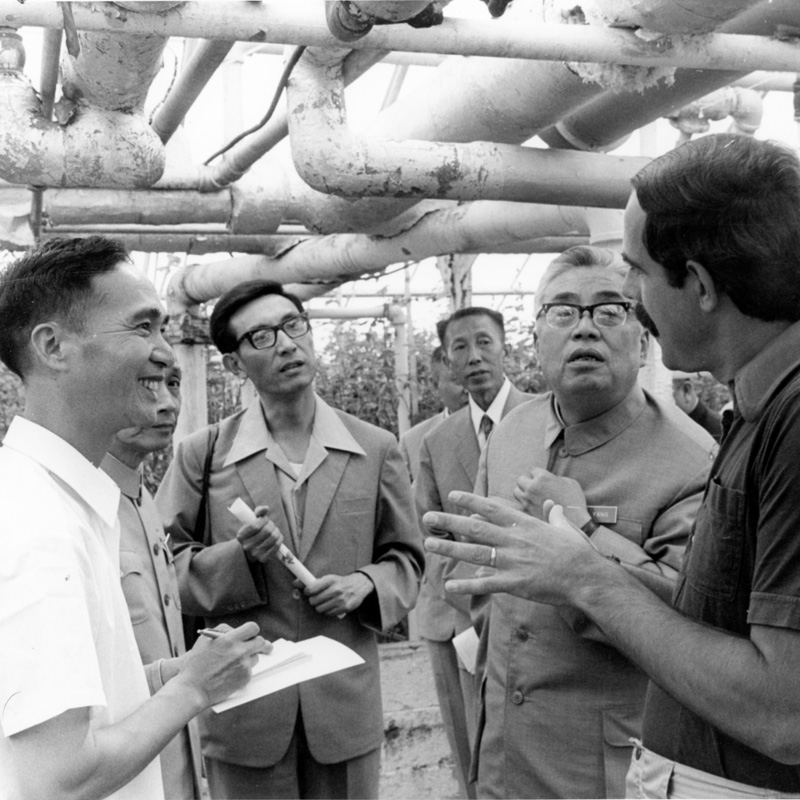 Paul Weiss’ grandson (on the right), who is also called Paul, talks with some Japanese-American workers. 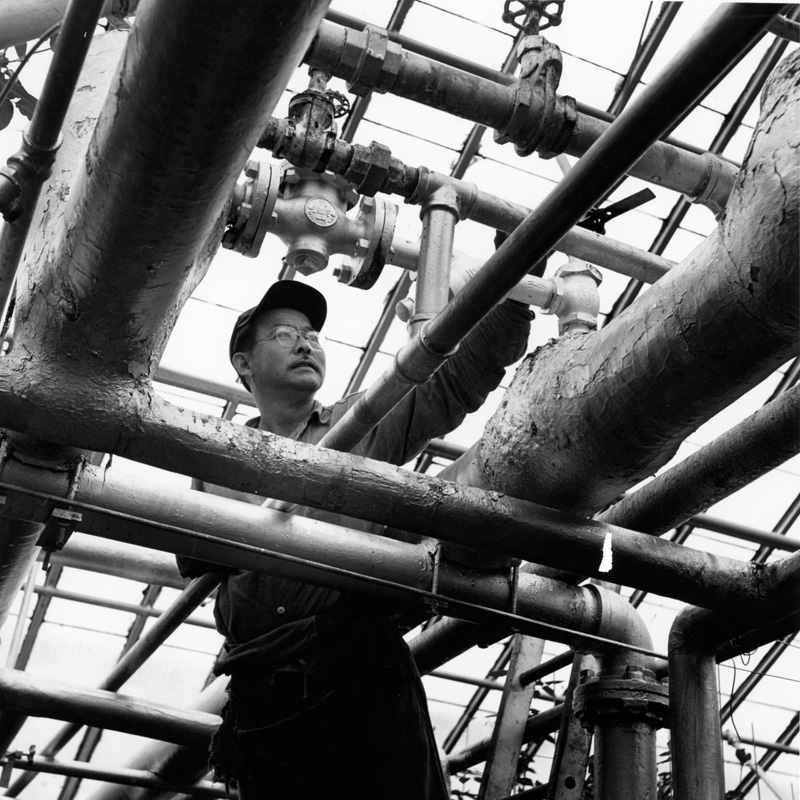 George Sagara is pictured as he works on some water pipes.

Pretend that you have been asked to plan a big party for some U.S. soldiers. You are asked to have everything in the colors of red, white, and blue. You are also told to buy roses for the party. You have been given $100 to spend on roses. The Big Red Rose Company is located in another country. With that company, you can buy imported roses for $1 each. Imported means that something is brought in from another country. They sell only red and yellow roses. The Roses From Home Company is located in the United States. With that company, you can buy U.S.-grown roses. They have red and white roses. The company will also color some roses blue for you. Their roses cost $1.50 each. Where do you want to buy your roses? Why? On another piece of paper, write down your reasons. Also write down how many roses you will have for your party.

Learn more about World War II
Go Back to Issue