Learn more about the Great Fire of 1881 that swept Michigan’s Thumb in this nonfiction title. 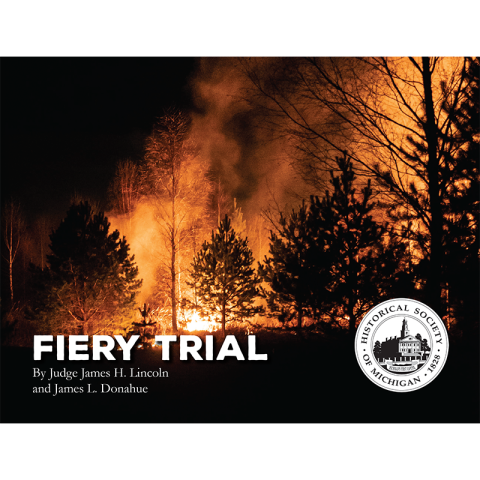 The Great Fire of 1881 that swept Michigan’s Thumb left more in its wake than death and destruction; it left permanently implanted impressions in the minds and hearts of the survivors. This New Edition of James H. Lincoln and James L. Donahue’s noteworthy work examines the tragedy for a new century. Originally published in 1984, Fiery Trial is a testimony to the hearty pioneers who survived one of the greatest disasters in Michigan’s history and rebuilt their towns, farms, homes, and lives.