Michigan Item: Part of Something Big

Gypsum (jip-sum) is a mineral (min-er-ul). A mineral is naturally formed under the ground. Gypsum can be found in small pieces or large chunks. It comes in many colors, such as white, gray, red, brown, or yellow.

Only a few places in Michigan have gypsum. The western part of the state contains the biggest amount. This natural resource (natch-er-ul ree-sors) was discovered, or first found, around 1827 near a creek in Grand Rapids. Mining of gypsum began around 1841. Tunnels were dug to get to the gypsum. Loads and loads of the mineral were hauled to the surface every day.

Gypsum (jip-sum) comes in many shapes and colors. 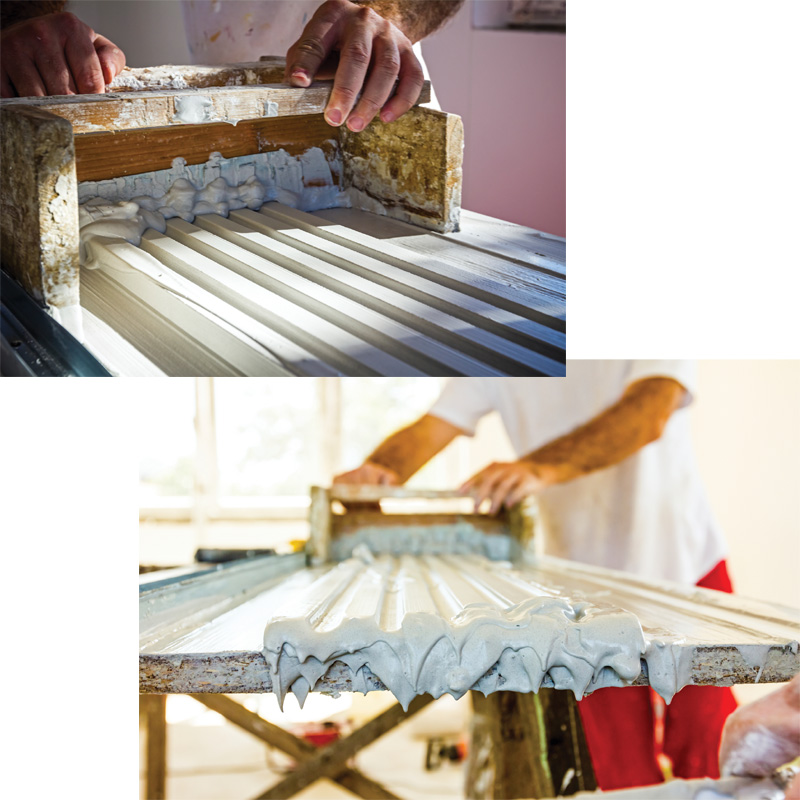 The photos above show how moldings were made long ago using plaster of Paris. Molding is a decoration that is used on walls and ceilings.