Long before Europeans came to the Great Lakes in the 1600s, the Odawa (oh-DAH-wah), Ojibway (oh-jib-ih-way), and Potawatomi (pot-ah-waht-ah-me) lived in Michigan. Those three tribes together formed the Anishnaabek (ah-nish-nah-beck), which means “the good people.” The Anishnaabek grew crops, hunted, fished, and practiced their traditions (trah-dish-ens) together. They also traded with one another and married into each other’s communities. Lastly, they fought together against other warriors (war-ee-ers) from different tribes.

Tribal nations fought against each other many times in North America. They did not always get along. Sometimes tribes would fight over land and resources. Sometimes they fought to get back at a tribe that had done something wrong to them. They would even fight to take people from another tribe to live with their tribe. Wars could last for years or only one battle. The Anishnaabek fought many times to stay in Michigan. On the next page are some of the battles that Michigan tribes fought before 1600.

The Odawa fought an ancient tribe called the Muschcodesh (mush-coe-desh) in northern Michigan. The Ojibway would often go west to fight the Lakota (lah-ko-tah), Sauk (sawk), and Fox. Potawatomi would also go west to fight the Osage (oh-sage). All three tribes fought together against the Iroquois (ir-ah-quoy) from New York. Even the Choctaw (chock-taw) and Chickasaw (chick-ah-saw) were old enemies of the Odawa.

Warriors would walk or paddle their war canoes to fight their enemies. A group of warriors, called a war party, might travel 600 miles one way to fight! A warrior’s main weapon was his war club. Warriors would paint themselves in special colors and patterns. They would also wear their hair in a certain style when going to war. When a warrior went to war, it was called “going on the warpath.” Special ceremonies (sair-ih-mo-nees) were performed before and after a battle. Not every man would go on the warpath. Each Anishnaabe (ah-nish-nah-bay) man had the freedom to fight or not.

This story was written by Eric Hemenway, who is an Anishnaabe/Odawa. He is the director of Repatriation, Archives, and Records for the Little Traverse Bay Bands of Odawa Indians. 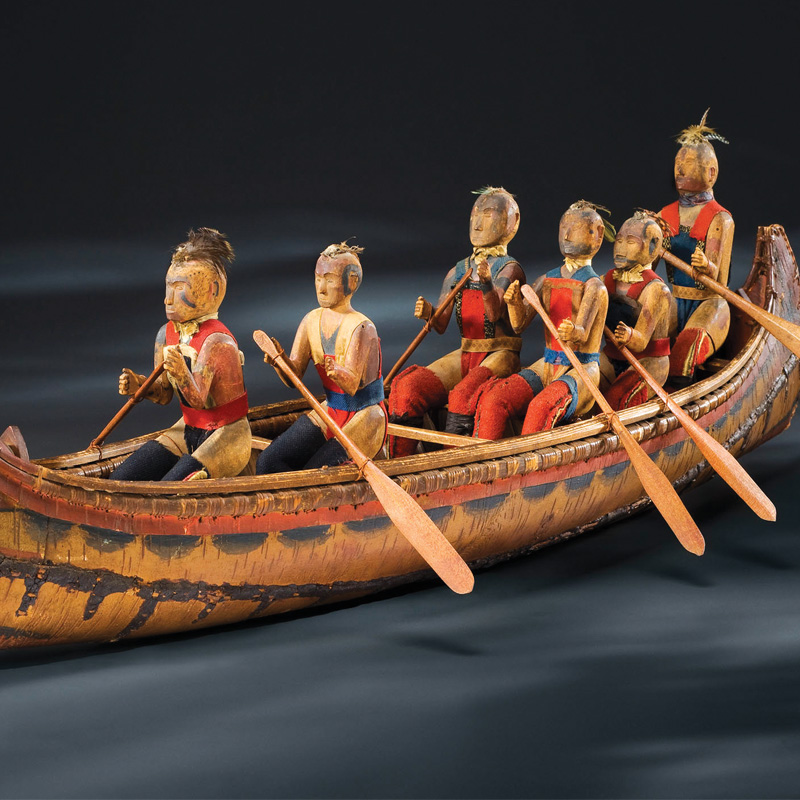 A photo of a war canoe that was carved by Assiginack (ah-sig-ih-nack). He was an Odawa (oh-DAH-wah) chief who fought in the War of 1812. His carving shows the special paint and clothing worn by warriors. 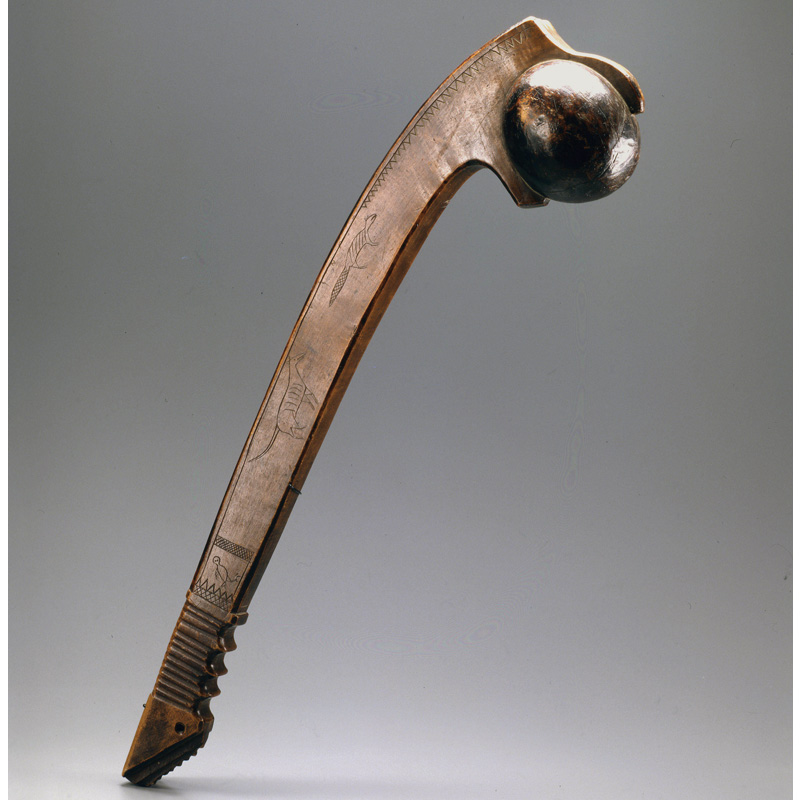 A picture of a ball-head war club from the early 1800s.

A ceremony (sair-ih-mo-nee) is a set of actions and steps followed by people at an important event. The ceremonies done by tribes before and after battle could be special dances, songs, or meals. They hoped that the ceremonies would bring success to the warriors.