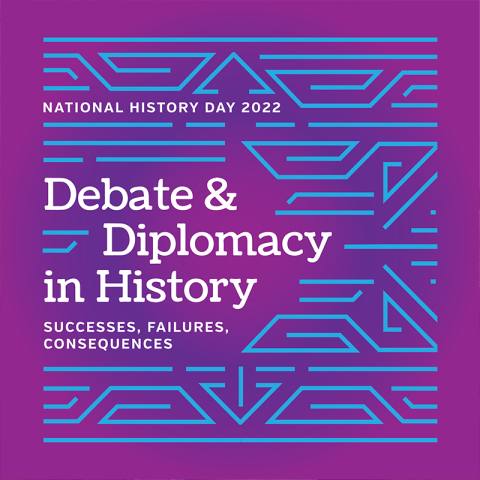 COLLEGE PARK, Md.—Michigan students were among the thousands of participants from across the United States and several territories competing in the virtual 2022 National History Day contest, which took place June 12-18, 2022. Fifteen Michigan students received special honors at this year’s competition—including a second-place finish and two special prizes.

"It's been exciting to see the topics that students chose for this year's theme of Debate and Diplomacy in History. The students did a fantastic job of exploring the impact that diplomacy and debate have played in large and small communities across the world," said Amy Bradfield, state coordinator for Michigan History Day® (National History Day in Michigan). “I am grateful to the students and teachers who continued with the program despite the obstacles caused by the coronavirus (COVID-19) pandemic. The dedication of the students to share history that matters to them is inspiring.”

Michigan History Day is operated by the nonprofit Historical Society of Michigan.

Check out the Michigan students who received top honors at this year's national competition below!

Alison Chen of Whitehall High School in Whitehall, sponsor Jan Klco, received the Senior Division of the Chronicling America: Historic American Newspapers Prize for her individual performance, “One Loved Power: The Diplomatic Legacy of Madame Chiang Kai-shek.” The award was sponsored by the National Endowment for the Humanities. Chen placed eighth in the nation for the Senior Division Individual Performance category.

Three projects from Michigan were selected for virtual showcases in cultural institutions across Washington, D.C. Only 14 websites were selected for inclusion in the Planet Word Website Showcase. Mercedes Cross from Fraser High School in Fraser was selected for her website, titled “Broken Diplomacy: How the White Rose Led Their Debate Till Death.” Cross was sponsored by Tara Fugate.

A total of 34 documentaries were selected for inclusion in the Smithsonian’s National Museum of African American History and Culture Documentary Showcase. Iniya Kumar from Boulan Park Middle School in Troy was selected for her documentary, titled “The Story of Acceptance Without Exception: The Stonewall Riots' Effect on the Gay Rights Movement.” Kumar was sponsored by Erika Berger.

The exhibit titled “Debate and Diplomacy: The Acquisition and Creation of the Panama Canal,” created by Myles Daugherty and Nic Sheppard from South Haven High School in South Haven, was selected to represent Michigan in the Smithsonian’s National Museum of American History Exhibit Showcase. Daugherty and Sheppard were sponsored by Julie Sheppard.

Check out the virtual showcase from June 14 to 27 on NHD's website.

Michigan History Day® is an affiliate of National History Day, which was established in 1974 and offers yearlong project-based learning that engages more than half a million middle and high school students around the world annually. History Day provides a fascinating opportunity to move beyond routine learning. Working with an annual theme, students choose to explore and research a local, national or international historical topic. Students then present their work in one of five categories: performances, exhibits, papers, websites and documentaries.