Lighthouses: "Soldiers" on the Shores

Ships have moved items—such as lumber, iron ore, and grains—on the Great Lakes for a very long time. At night, it was hard for the captains of the ships to see the land. Lighthouses were built on the shores of the lakes to help the sailors find their way. The lighthouses served as guides. They also protected the ships from danger.

Lighthouses came in different sizes, shapes, colors, and heights. But they all used lights at their highest points that would shine out over the water. At night, sailors on a ship could see the light shining from a lighthouse that was very far away. That light marked a place on the land or something important.

Sometimes the lights told the sailors where things were located, such as rivers or harbors. And some lighthouses marked where rocks were close to the surface of the lakes. Those places could cause damage to a ship. When sailors saw those lights, they knew to stay away.

Some of the lights in the lighthouses also “blinked.” Turning motors made the lights look as if they were flashing on and off. Sailors knew exactly what light they were looking at just by seeing the flashing patterns.

Ships now have many tools that help sailors find their way. But, long ago, lighthouses stood on the shores like soldiers to help guide ships and keep them safe.

This story was written by Nancy Feldbush. Nancy worked for the Historical Society
of Michigan.

All photos are from Pixabay. 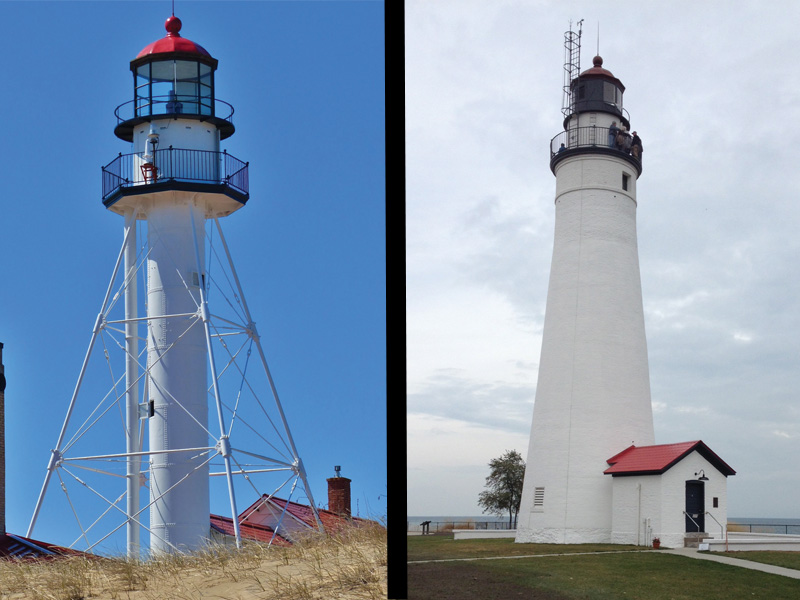 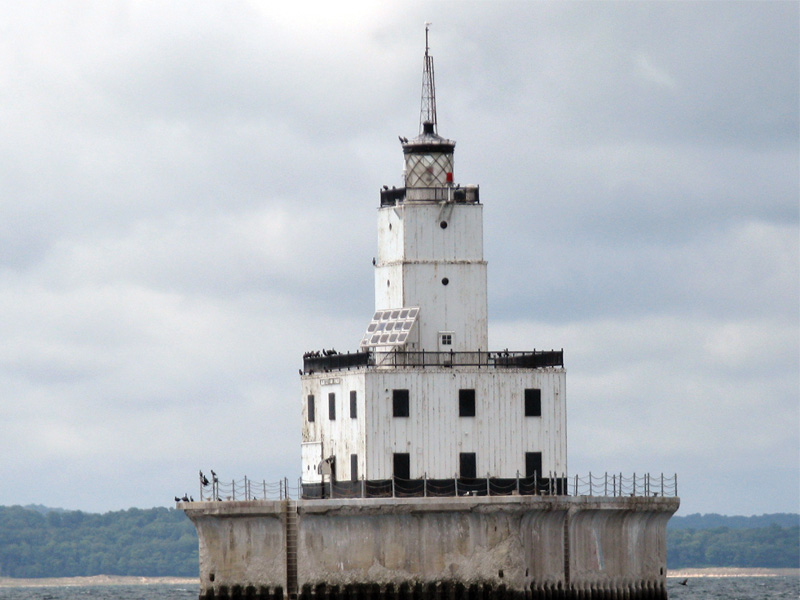 This is the DeTour Reef Light in DeTour Township, on Lake Huron. What else do people use to mark areas of danger?