When the Civil War began, Julia Silk’s husband joined the Union Army. Julia decided to go with him. They left their child with Julia’s mother in Ann Arbor.

Julia knew that most soldiers (sohl-jurs) die from getting sick, not from being hurt in battle. A battle is a fight between armies. She was willing to do anything that helped the soldiers. She cooked, did laundry (lawn-dree), and worked as a nurse. She slept in a tent just like the soldiers. She even stood guard duty.

One day Julia found a house with no one living in it. She moved in. A few weeks later, the family returned. At first, they were not happy to see her. But she showed them that she had fed the animals and baked bread. She had also buried their treasures in the backyard so no one could steal them. Then the family was happy, and Julia went back to her tent.

Julia followed the soldiers to the biggest battles of the war. She even had her second daughter during the war. She would tuck the baby under her arm and walk around the battlefield giving water to the wounded (woon-ded), or those who were hurt.

Julia Silk and her husband returned to Michigan when the war ended. They arrived in Ann Arbor on July 4, 1865. The town was having a huge party, and Julia was invited to sit with the mayor.

This story was written by Susan L. Nenadic. Susan is the author of A Purse of her Own: 19th Century Occupations of Women.

The photo of Julia Silk is from the Sweeny family. The case is from the Historical Society of Michigan.

Do you think Julia was a good mother? Why?

Click here to learn more about the Civil War 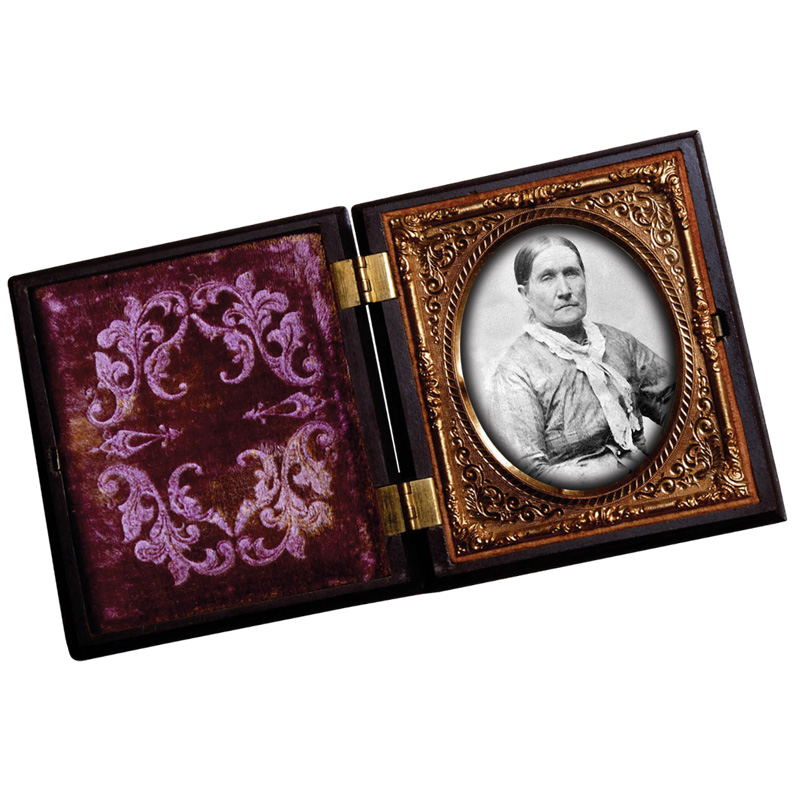 Above is a picture of Julia Silk. People used cases like this to protect pictures from getting scratched. The cases were made from an early type of plastic and could have very detailed designs.