Why did Native kids have to go to boarding schools?
In the 1800s, the United States wanted to change the lives of Native people to be more like white Americans. Laws were made to force that change. It became illegal for Natives to practice their own religion. Native people were moved onto small areas of land called reservations (rehz-er-vay-shuns).

In the 1880s, Native children were forced to go to boarding schools by the U.S. government. Many people in the United States in the 1800s thought Natives were “uncivilized” (un-cih-vih-lized), or wild, and needed to change. Boarding schools were created to start those changes.

What happened at the boarding schools?
Native kids, as young as six years old, would go to the school. Kids would live at the school and not be allowed to go home. Once at the school, they were not allowed to speak their Native language, celebrate their traditions (trah-dish-ens), or practice their Native religion.

Kids wore uniforms and had their hair cut short, and any personal items were taken away. In many schools, kids had to attend church twice a day. Some kids were sent to schools hundreds of miles away from their families.

If children were caught speaking their language or practicing their traditions, they were punished. Punishments were being beaten, having to do extra chores, or not being allowed to visit family.

But not all Native children had bad experiences at boarding schools. Many learned art, played sports, and made friends. 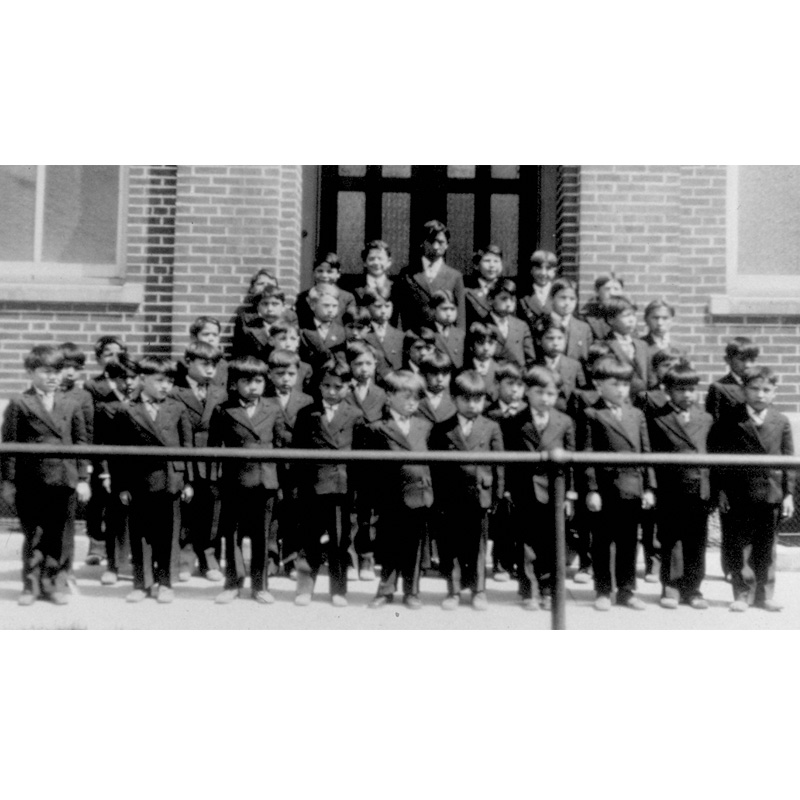 The boys in this picture and the girls in the picture below went to the Holy Childhood Boarding School in Harbor Springs, which was the longest-running boarding school in the country, closing its doors in 1983. 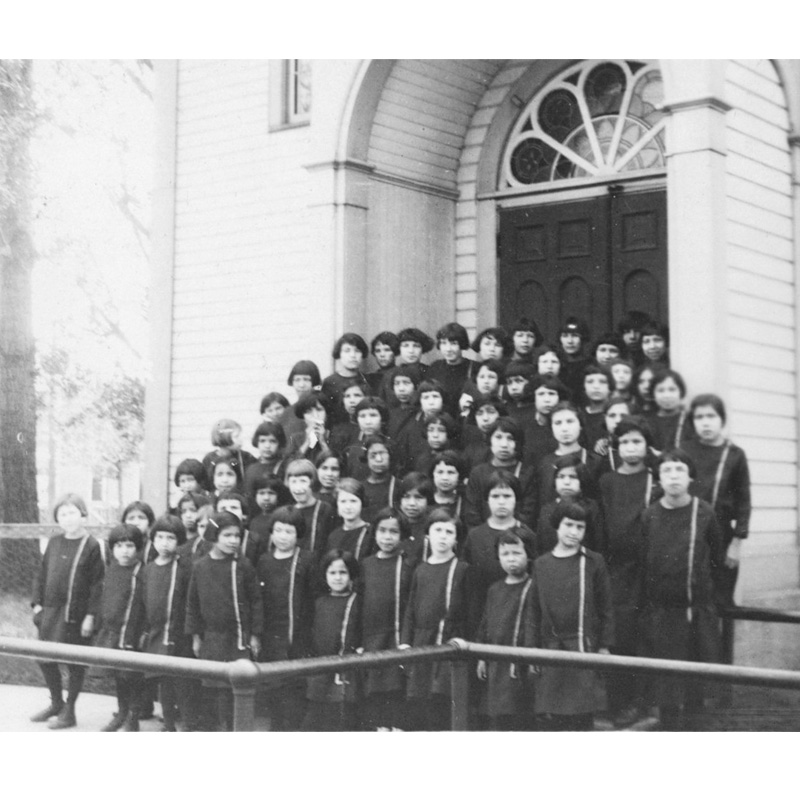 Boys and girls had some classes together, like reading and math, but were separated when they learned trades or special skills. Both these pictures were taken in the early 1900s.

What is the longest time you have spent away from your family? How old were you? How did it make you feel?