This tool is called a “compass rose.” It is put on maps to show you which way, or direction (di-reck-shun), is North, South, East, and West. If you go the way the arrow points, then you are going in that direction. You can also go in between two directions, such as going North-East.

In Issue #1, there is a story about the Coureur de Bois (koo-where duh bwah), which means “runners of the woods.” In that story, you learned that Mackinac Island was the center of the fur trade in the Great Lakes. The Coureur de Bois could reach a lot of places by paddling their canoes from the island.

Each path above is marked on the map below. 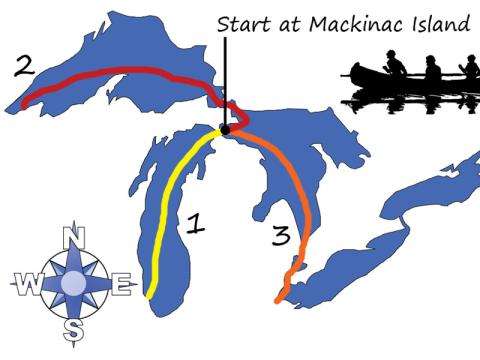 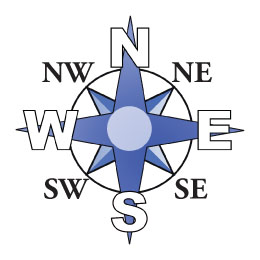 Using the compass rose to help you, tell the Coureur de Bois which way to paddle so they can get to where they want to go. Tell them if they need to go west, then north. Or do they need to go south, then southeast? They don't have a map! Only you can help them find their way!