Ginseng (jin-sing) has been an important crop in Michigan for a long time. People all over the world use ginseng as medicine. Some people use it for stomach problems. Ginseng may also help people breathe easier when they have a cold or the flu.

People use the root of the plant. The root looks like a small, pale carrot. It can be many different shapes. Sometimes the root even looks like a body with arms and legs. Some people call it “manroot” because of its shape.

Native Americans were the first people to use wild-growing ginseng in Michigan. Native Americans sold ginseng to settlers who moved to the area. The root became very popular in China, so more people started looking for it.

The demand (dih-mand) for ginseng was very high in the early 1900s. If something is in demand, it means many people want to buy it. Much of the ginseng from Michigan was exported, or sent, to China.

Ginseng in the wild began to disappear because too many people were picking it. People decided to start growing ginseng so they could sell more of it.

The amount of ginseng grown in Michigan has gone down in the past 100 years. But that doesn’t mean that people have stopped using it. Ginseng from around the world can be found in shops and stores all over the state.

From a story by Le Roy Barnett in the Winter 2015 Chronicle magazine. 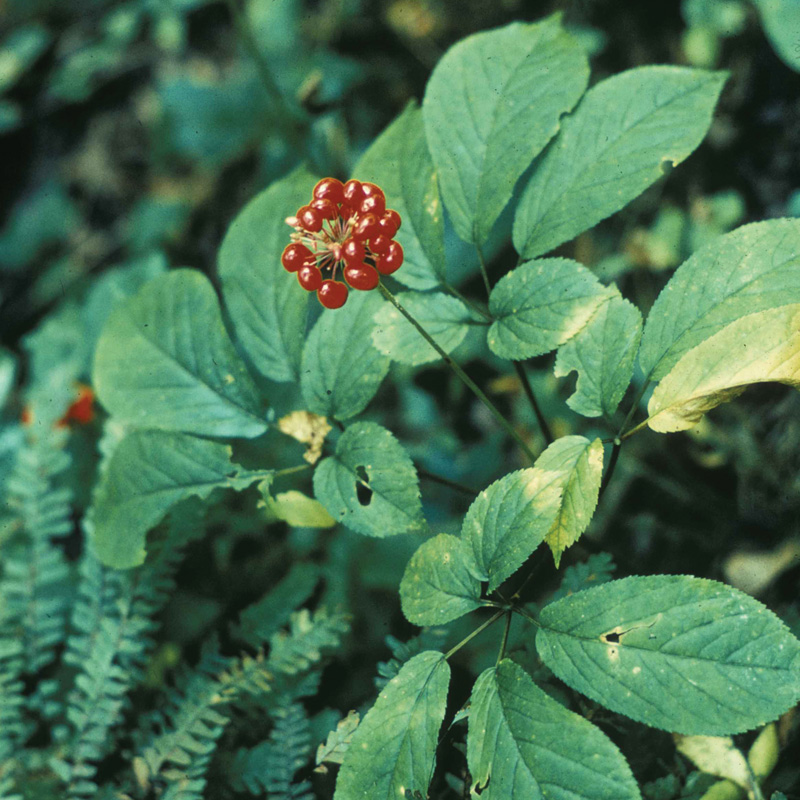 This is a picture of an American ginseng plant. Wild ginseng is hard to find in Michigan. It is a protected plant. That means it is against the law to pick wild ginseng if you find it.