From Germany to Michigan

Wilhelm Boeing (will-helm boe-ing) came to America in 1868. He left Germany at the age of 22. Many Germans left their homes in the late 1800s. Better ways to travel gave them more chances to emigrate (em-i-grate). Emigrate means to leave your country to live in a new one.

There were many reasons why Wilhelm wanted to leave Germany. It could have been one or all of these reasons. 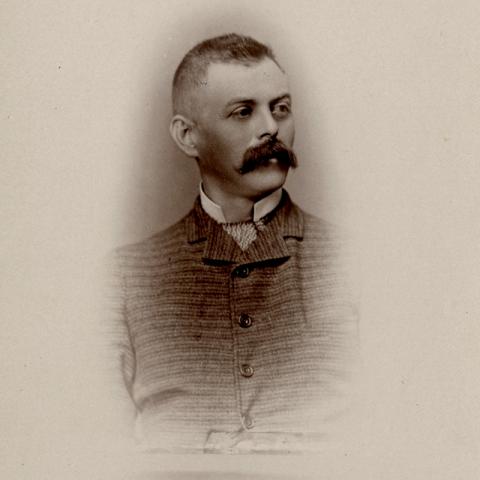 This photo of Wilhelm Boeing is from the Burton Historical Collection, Detroit Public Library.

Travel books and newspapers made going to a new place not as scary. One guide, called The Michigan Guide, was read in northern Germany. It said people could find money and freedom in the lumber towns of Saginaw and Bay City.

Wilhelm sailed from Germany in 1868 with $60 ($1,073 today). He spent most of his money to travel. When he arrived in Detroit, Wilhelm only had $1 left. He worked hard in Detroit. With a savings of $9, he then went north to East Saginaw. Many Germans lived there, working in the sawmills. Wilhelm was able to make a lot of money in the lumber business. He made sure his move from home was a success.

Have you heard of a Boeing 747 airplane? Wilhelm Boeing is the father of William E. Boeing.

William started a business that makes jets and airplanes that we use today.

This story was taken from a story by Jeremy Kilar. The original story can be seen in the Fall 2014 Chronicle.

When did your family come to Michigan? Why did they move to Michigan and not someplace else?