Gabriel Richard: A Father of Education in Detroit

Gabriel Richard (gay-bree-el rih-shard) was born in France around 1767. He went to school to be a priest (preest), or a leader of a Catholic (kath-lick) church, and he also wanted to be a teacher. He wrote these words to his father when he was at school:  “For an accident can deprive us of all our possessions, but knowledge and good education remain with us forever.”

Father Richard arrived at a tiny American frontier outpost called Detroit in 1798. At first, he improved and enlarged Saint Anne’s church. Soon after, he started to organize schools. By 1804, two schools had been built in Detroit. Children of Native Americans, new settlers, and city residents went to the schools he built. Father Richard taught Latin, music, math, and history.

In 1805, a great fire started and nearly destroyed the entire village. Father Richard went up and down the Detroit River gathering food, medicine, and supplies for those in need.

Father Richard brought in a spinning machine from New York so knitting, sewing, spinning, and weaving could be taught. Today, that kind of teaching is called “industrial arts.” He also brought the first printing press to the Michigan Territory. Father Richard helped make Michigan’s first newspaper and a school speller called The Child’s Spelling Book; or Michigan Instructor. In 1817, he helped create a university that became the University of Michigan. He was one of the school’s first teachers.

In 1832, a disease called cholera (cawl-er-uh) spread through Detroit. It is like a bad stomach flu. Father Richard helped the sick people. He got the disease too and died from cholera on September 13, 1832.

This story was written by Genot “Winter Elk” Picor. Genot was a school teacher and is now a storyteller and musician.

The drawing of Gabriel Richard is from Wikimedia Commons and John G. Shea. The photos of the spelling book are from the Burton Historical Collection, Detroit Public Library.

Father Richard needs your help! He is rebuilding the schools destroyed by the fire in 1805. He wants you to choose the building materials for the new schools. What do you think he should use? Wood? Stone? Both?  Explain your choice. What is good about using the material? What problems could you have using wood, stone, or both? Think about how easy it is to find the material or move it from one place to another. If you don’t use wood or stone, what could you use? 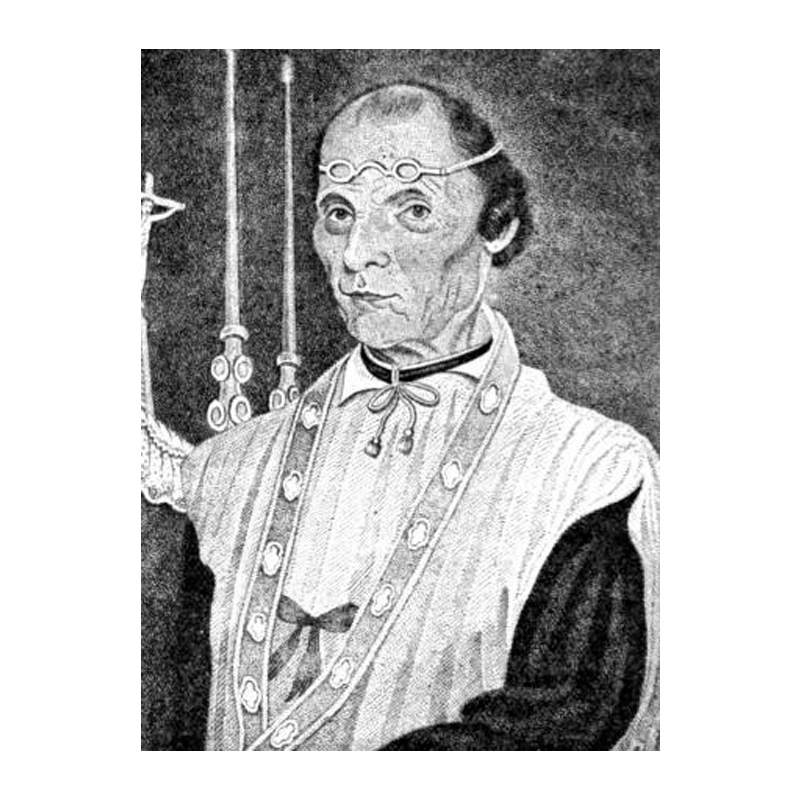 This is a drawing of Father Gabriel Richard. 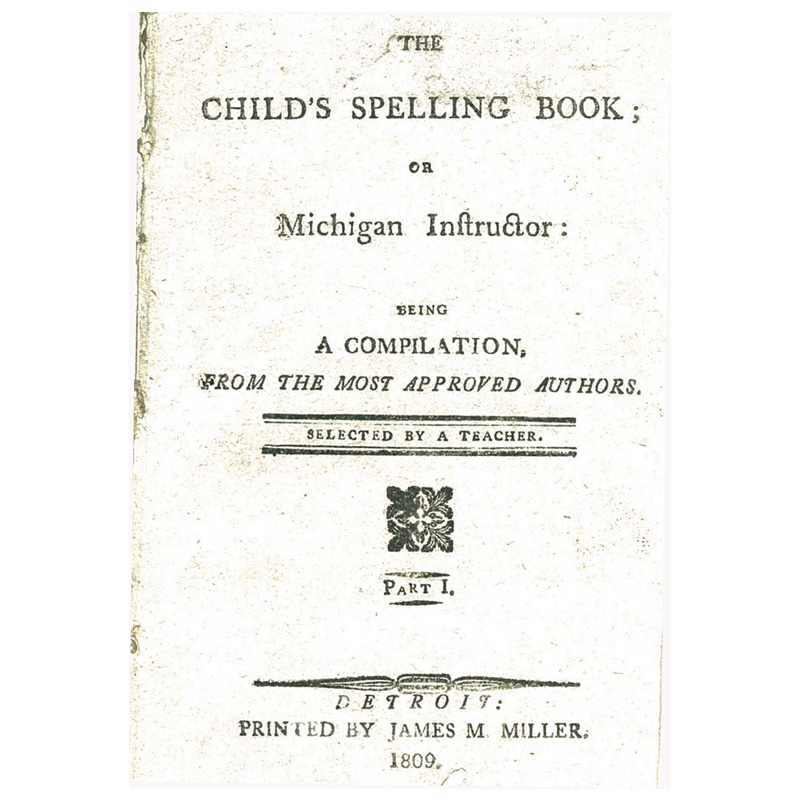 This is the cover of the school speller that Father Richard helped make in 1809. The book was only 12 pages long! The picture below comes from one of the pages of the book. 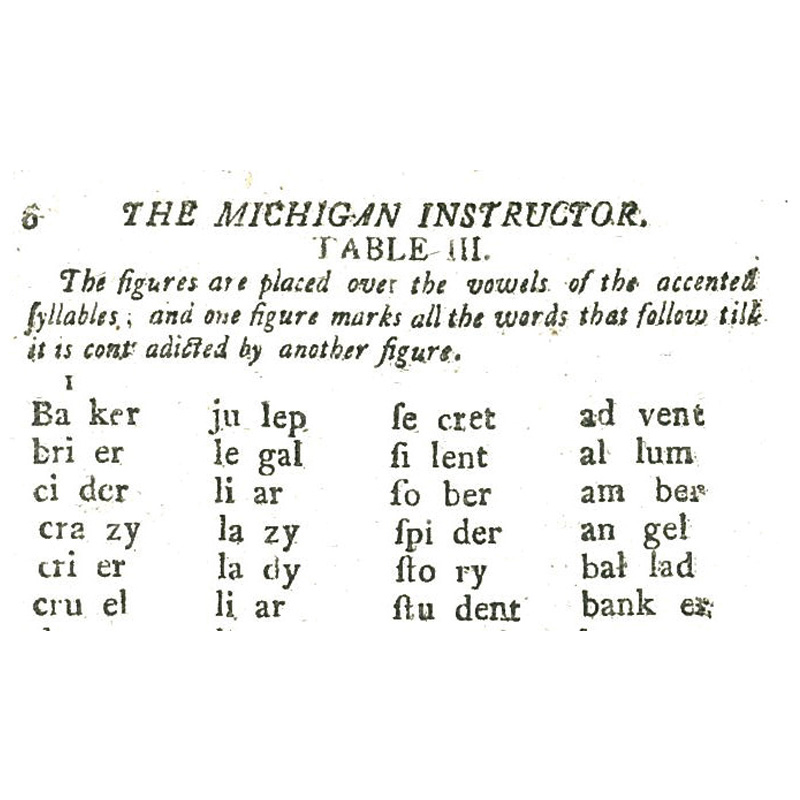 Until the early 1800s, printers used a letter that looked like an “f” for most words that started with “s” or had an “s” in the middle of the word. Look at the third column above for an example. Printers changed to the lowercase “s” we know today to keep people from being confused.