When Frances first worked at the White River Light near Muskegon (mus-key-gun), she was an assistant. She kept the light clean. She would also get up two times each night to wind the weights that turned the light. She worked as an assistant for four years.

When Frances wasn’t working, she liked to swim in Lake Michigan. All that practice made her a strong swimmer. There were many times that Frances would risk her life to save a man, woman, or child from drowning.

Frances left the lighthouse for good in 1954. That marked the end of the 105-year history of female lighthouse keepers in the state.

From a story by Patricia Majher in the book Ladies of the Light.

Photo is from the family of Frances Marshall. The photo of the lighthouse is from flickr/Rachel Kramer.

Answer the following questions on a piece of paper.  1. There were 52 women who worked in lighthouses in Michigan. If 27 of those women were keepers, how many women worked as assistant keepers? 2. The last female keeper stopped working in 1954. What year did the first female keeper start? 3. What Great Lake is the White River Light near?  A Michigan map may help you answer this question.

This is a photo of Frances Marshall. Her full name was Frances Wuori Johnson Marshall because she was married more than once. 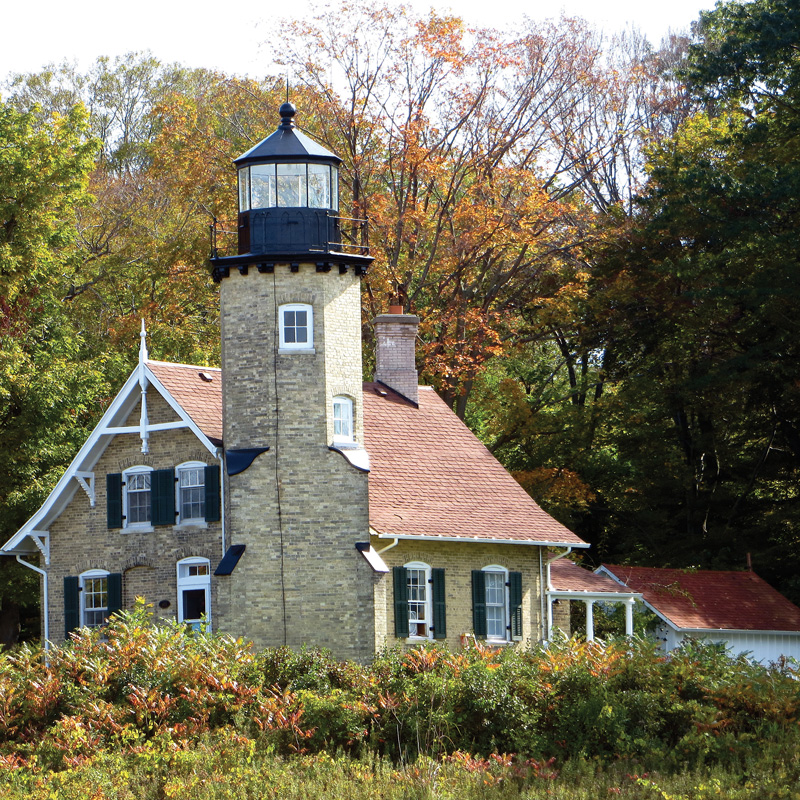 A photo of the White River Light Station.