More than 100 years ago, many people emigrated (em-ih-grated) from Finland to the Upper Peninsula (pen-in-sue-la) of Michigan. Emigrate means to leave your country to live in another country.

In Finland, the rich people owned all the land. Most of the farmers were tenant farmers. That means a farmer had to pay the rich landowner a part of everything raised on the farm. Most tenant farmers worked very hard and were very poor.

The U.S. government made a law that said farmers could own farms for free if they built buildings and lived on the land. Herman and Mina (mee-nah) Hanka (hawn-ka) were tenant farmers in Finland and wanted to have their own farm.

The Hankas came with their family to the Upper Peninsula in 1896. They loved their new home because the land and the climate were pretty much the same as in Finland. Climate is the weather in an area over a long period of time.

The Hanka family built their farm just as it had been in Finland. First, they built their house and a sauna (sow-na). A sauna is a special heated room in which people sit or lie down in order to get hot and sweat. Later, they built other buildings.

The Hankas started a new life in the Upper Peninsula. But they never forgot their Finnish roots.

This story was written by Sharon Eklund. She is a retired teacher who volunteers at the Hanka Homestead.

All photos are from Bill Raisanen.

Why do you think saunas have become a popular tradition in Finland and the Upper Peninsula? 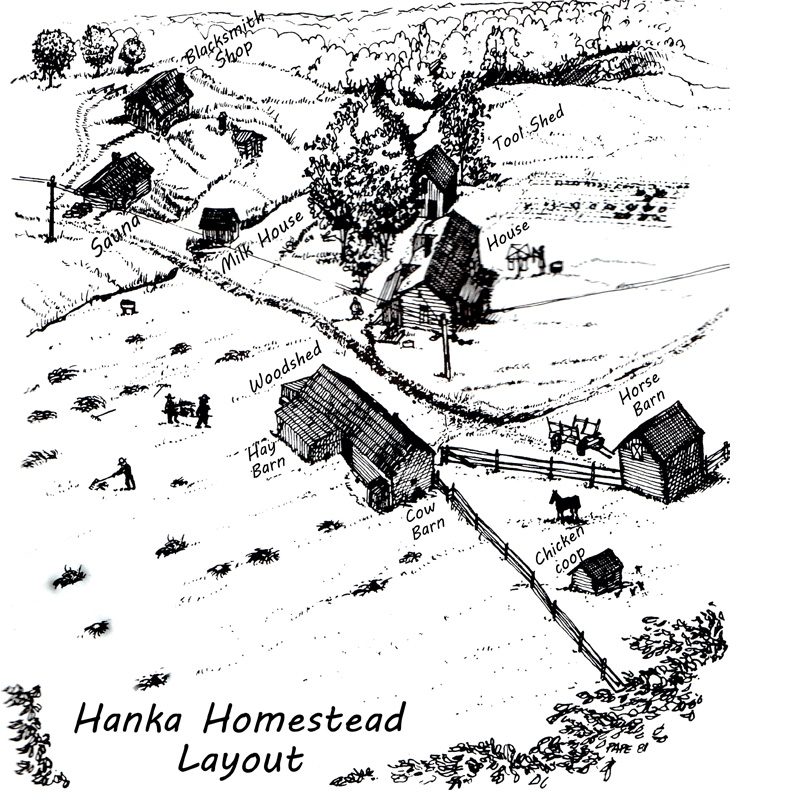 This is a map of the Hanka homestead. A homestead is a house and the farmland it is on. 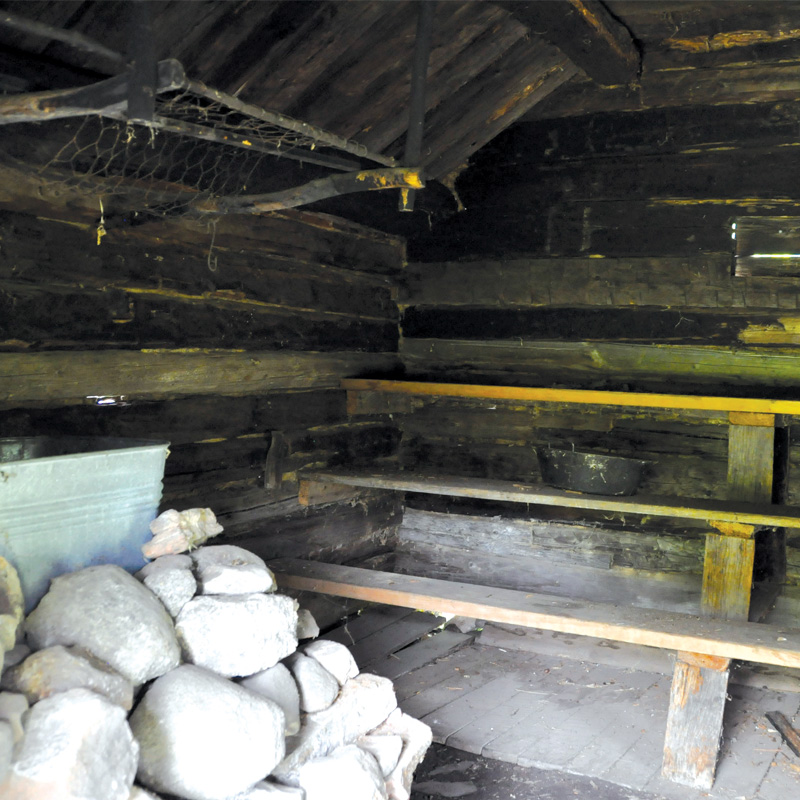 This is a picture of the sauna on the Hanka farm. Water is thrown onto hot rocks to make steam. It was a tradition (trah-dish-en) to heat up the sauna once a week and take a hot steam bath. A tradition is a way of doing something that has been done for a long time.