Around the 1840s, copper mines started to be built in the Upper Peninsula (pen-in-sue-la) of Michigan. Dreams of making money by mining copper caused many people to move there. A lot of towns started around the mines. Businesses grew as more and more people came to help the miners.

Chinese immigrants (ih-ma-grents) were a new group to the Upper Peninsula. Immigrants are people who settle in a country where they were not born. Many left China because of war and famine (fam-in). A famine is when there is not enough food to feed the people.

Those who left their homes in China sailed to California. Many then went to Chicago by train. That whole trip took about four or five weeks. Around 1900, some Chinese moved to Houghton (hoe-ton) County. The copper business was doing well, and they could find work and make money.

There were many laws at the time that limited what kind of work Chinese immigrants could do. So they owned or worked in laundries (lawn-drees) and stores. Many of the men working in the copper mines needed someone to wash their clothes for them. And everyone needed to buy items from a store. The Chinese used their skills to fill those needs.

From a story by Sawyer Newman in the Fall 2013 Chronicle.
The photo is from the Michigan Technological University Archives and Copper Country Historical Collections. 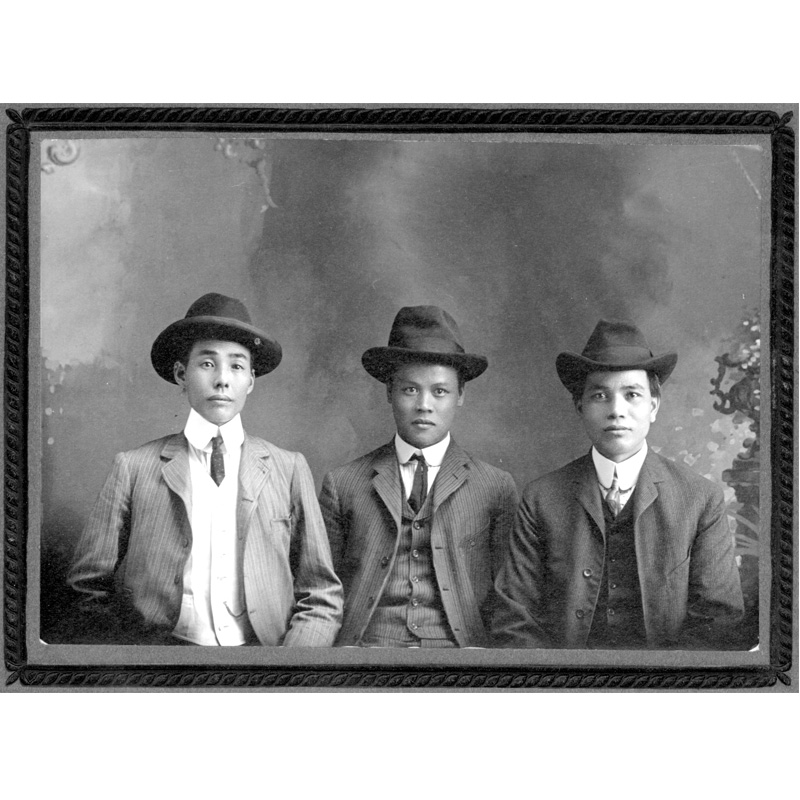 These men worked in or owned laundries (lawn-drees) in Michigan’s Copper Country in the Upper Peninsula.